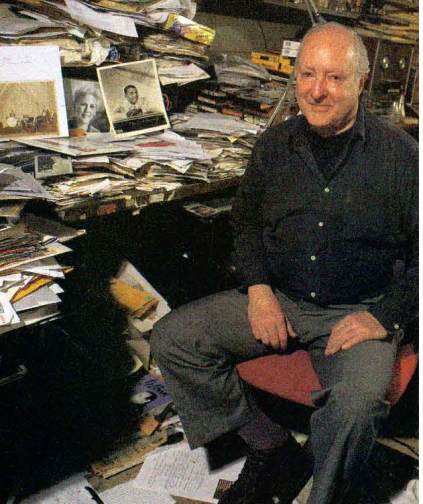 Tommy Ladnier had two goals in life. One was to be the best trumpet player he could be. The other was to improve his mind. To improve his mind he sent for correspondence courses and visited libraries in Chicago, New York and most of the major cities in Europe during the mid and late 1920s. Because Tommy possessed such great imagination and facility as a soloist, he never became a great reader of music.

And to play in any of the leading bands you had to read. I’ll quote Doc Cheatham, a close friend of mine for nearly fifty years: “Tommy and I were great friends. We roomed together in 1928/9 when we played in Sam Wooding’s band. He wasn’t so good a reader but I learned something from him. He had something in his playing I don’t think I heard from anyone else. He not only had a nice tone; he could jazz anything in the world and play everything well — even a waltz — anything.”

Because of his gifts as a soloist, Tommy was in demand. Although he was featured in the number one Fletcher Henderson’s band, the star soloist, Coleman Hawkins and other members made it unpleasant for him — my sense is that jealousy was at the root of this — and Tommy quit after a year’s employment. He then returned to the friendlier atmosphere of Sam Wooding’s band. With Wooding he toured Europe, as he had done, also with Wooding, in 1925/6. In 1929 he left Wooding and played with other leaders until he joined Noble Sissle’s band in 1930. With Sissle, Ladnier returned to New York making several records including “Basement Blues” that shows off his skills. Sidney Bechet, also with Sissle’s group, and Ladnier left the band. September 1932 found Bechet and Ladnier heading up the New Orleans Feetwarmers which opened the Savoy Ballroom for a four month stay. Internal strife caused the break-up of this band, but not before several sensational selections were recorded for Victor in September.

Tommy found a few months work with Chick Webb’s band on the road during 1933. Then nothing. Bechet and Ladnier formed the Southern Tailor Shop in Harlem. Somehow this shop managed to stay in business for months at a time. In May 1934 Sidney Bechet rejoined Noble Sissle’s band, on condition that Tommy could also come.

At this point Tommy decided to leave New York City. The burgeoning swing style was really not his choice. For nearly five years, until late in 1938, Tommy Ladnier stayed away from the city, living and playing occasionally in Newark, Connecticut and upstate New York. It is hard to believe that during that time he would not lose his embouchure, because he had no steady work then. Jobs in outlying areas away from New York were few and far between. In November 1938, when Tommy returned to New York, he met Mezz Mezzrow and the French critic and author Hugues Panassié. Panassié had come to New York to record for his Swing label in Paris. He had also come to find Tommy Ladnier. The band organized by Mezzrow recorded twice for Bluebird. Tommy appeared with Bechet at Spirituals to Swing, a concert at Carnegie Hall and showed the world what he could do. Many plans were made but Ladnier died of a heart attack in June 1939. He was thirty-one years old. Had he lived until the war years, I believe his fortunes would have vastly improved. Traditional jazz, New Orleans style, returned with a vengeance and Tommy Ladnier would surely have been in the vanguard of that great style and sound.

This remarkable book is loaded with details on the lives of Tommy Ladnier and most of the people he played with. There are hundreds of illustrations, photos of people I’ve never even seen before and I’ve seen most of the photos of jazz musicians over the past fifty years. The depth of research is I believe unparalleled. God bless the two fanatics who have devoted so much of their time and energy to bring this work of love to fruition.