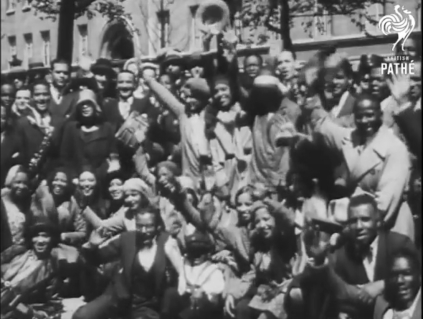 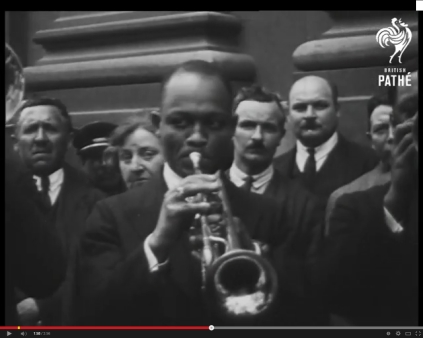 After the war, mothers of fallen soldiers came to be known as “Gold Star Mothers."   In June 1928, twenty-five mothers, formed the national organization of American Gold Star Mothers. In March 2, 1929, the U.S. Congress passed legislation authorizing funding for Gold Star Mothers and widows "to make a special pilgrimage to France . . . to visit the graves of husbands and sons killed in the World War. . . The trip will be free, the party being guests of the government."

However, the Gold Star Mothers organization was all white and African American mothers were even officially badly treated by government. They were transported, not as the White mothers on luxury liners, but in commercial steamers. The first group of African American women arrived on 21 July and the second contingent arrived in Paris 25 August.  This is in contrast to what we stated in Traveling Blues, based on newly found descriptions.

Members mainly from Benny Peyton, Leon Abbey and Noble Sissle’s orchestras met up on 21 July and played at Gare des Invalidest. Noble Sissle and Ada “Bricktop” Smith, who was present, organized this event.  Tommy Ladnier was one of the musicians.

At this time, many films were made with sound and it is unknown if this film clip originally was with sound. Anyway, the present clip is unfortunately without sound.

A full description of the events and containing identification of musicians can be downloaded from the link provided below. There is also a study proving the second trombonist to be George Brashear.