OH JOE, PLAY THAT TROMBONE - The Life and Music of George Lorenzo Brashear

INCLUDING THE EDWARDS BROTHERS 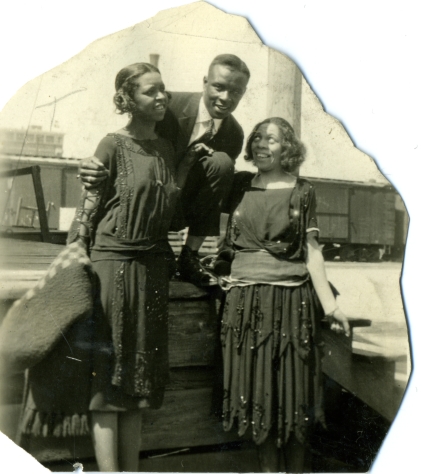 Trombonist George Brashear is today almost unknown to the jazz audience, but he was a member of the early Fletcher Henderson Orchestra in 1923 - 1924. His very unusual life story has hitherto been untold. The book describes his challenging Californian youth, how he became a first rate athlete in football and at the race track, and as a skilled musician. In New York, he recorded with Henderson, Ethel Waters and many Blues singers, He toured Europe before coming to Sweden (1927-1928) where he learned massotherapy and played Revues in Stockholm before returning to Paris and New York in 1932.

The book also describes the lives of Sumner and Maceo Edwards, whose lives at one point were linked to Brashear.

From the Preface by Howard Rye:

… George Brashear both worked and recorded with bandleader Fletcher Henderson, this was before Henderson employed Louis Armstrong …Brashear’s subsequent part in the bringing of jazz to Europe has been little regarded …

Both Edwards brothers later moved to centre stage of African American music in Europe through their work and recordings with Sam Wooding.

All three deserve better of historians … Their stories were worth recovering and can only increase understanding of the music they played their parts in creating.

The book is in the format 210x210 with 90 pages and is profusely illustrated with many hitherto unpublished photos. The book layout is done by Dan Vernhettes, who also designed Traveling Blues – The life and music of Tommy Ladnier. The book price is €20 (US$ 25, SEK 200) including postage.

HOW TO BUY THE BOOK?

You order the book by sending me an email though the email service below, stating your name and email address.

Any misuse of the form, such as using it for advertising, will result in blacklisting.